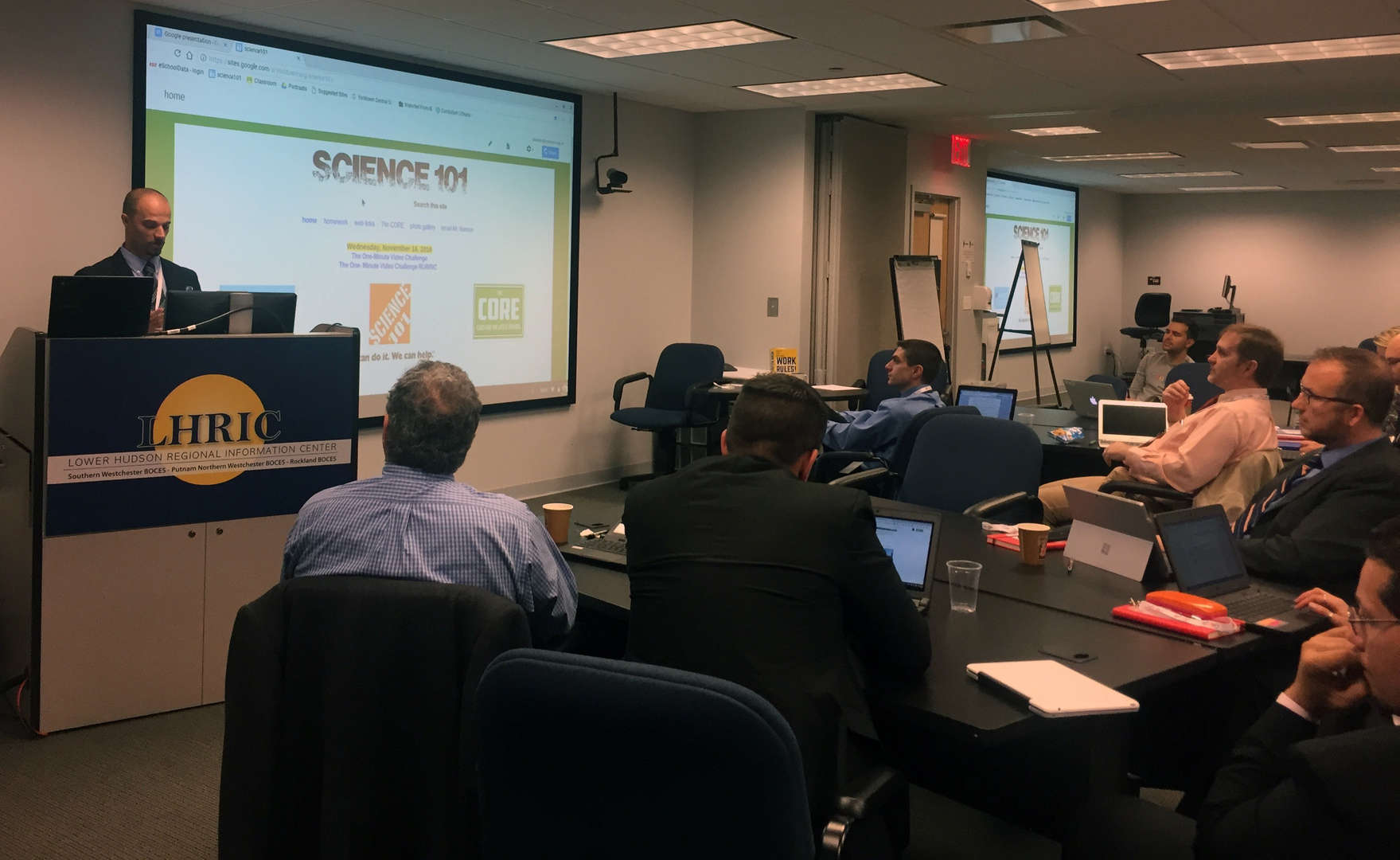 The region’s tech leaders gathered at the Lower Hudson Regional Center’s headquarters in Harrison Nov. 16 to discuss the impact of technology on education in a daylong Google Leadership Symposium hosted by Google for Education.

They include the need for vision, culture, community engagement, instructional strategy, professional development and more.

Google’s vision for education over the last five or six years has been one of taking the platform of anytime, anywhere learning and putting it into classrooms all over the country.

Google’s intention was not just to offer easy-to-manage devices, but also to build great content, features and functionality on the devices that students are currently using in the classroom.

The most popular applications currently being used by the region’s teachers and students include Google Classroom, a free web-based platform that works with Google Docs, Gmail and Google Calendar, as well as Google Expeditions, a virtual reality app that takes students on virtual trips around the world.

Yorktown Central School District Superintendent Ralph Napolitano shared his district’s experience with Google, one that has allowed for the successful transition from a teacher-centered approach to one where students are now acting as peer instructors in the classroom.

“The district’s vision of building a rich digital learning environment led us to Google,” said Dr. Napolitano, referring to it as a “digital foundation” and offering what he described as a stable, flexible and easy-to-manage platform that has allowed students to interact with multiple apps and devices.

“The day of students coming to watch teachers at work is over,” Dr. Napolitano noted. “They now work with us and with each other.”

Several teachers from the Yorktown Schools as well as the district’s Director of Technology Patrice Hatjygeorge lauded Google’s anytime, anywhere learning tools, including its Chromebooks one-to-one initiative, which they’ve been using for several years. They also emphasized the district’s efforts to infuse digital citizenship training in all grades.

Darrell Nansen, a sixth-grade science teacher at the Mildred E. Strang Middle School in Yorktown, described Google as an element that has brought about much success in his classroom, including impetus for the daily classroom show called The Core.

“Google has created lots of opportunities for our kids to communicate, motivate and inspire,” said Mr. Nansen.

Get real time school updates on your mobile device with eChalk Notify.

Connect with code 6ADEAH to get instant alerts or log in with your eChalk user account for the latest updates from all your classes and groups.